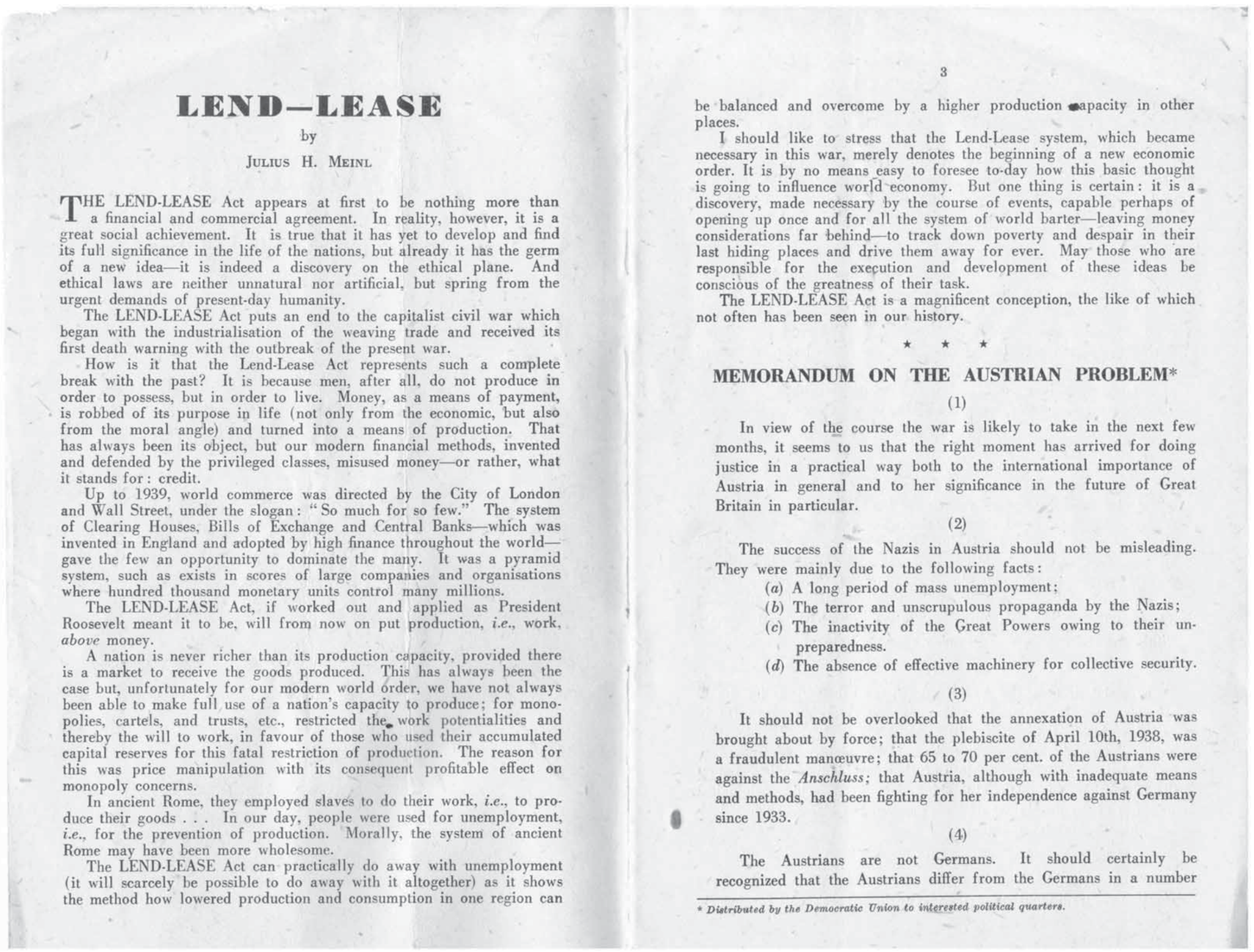 In 1939, Julius Meinl III emigrated from Austria to the United Kingdom, from where he was Chairman of the Austrian Democratic Union after the Second World War assisted in exposing Nazis in high places

From the start of his time in England, Julius Meinl III engaged in refugee aid and exile politics. He participated in the founding of several pro-Austria organisations, including the Austrian Democratic Union (ADU), of which he was president. Within the scope of the ADU, he gathered about 200 business people, bankers, publicists and intellectuals who had dedicated themselves to the ideals of bourgeois liberalism and the French Enlightenment. 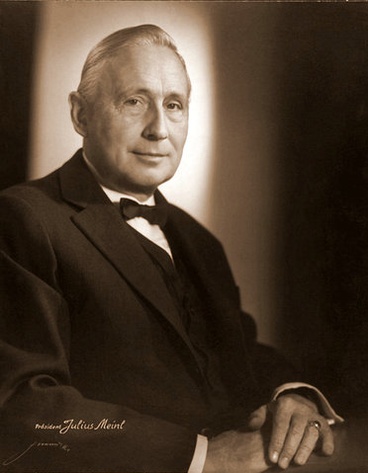 The realisation of human rights, democratic principles, freedom, social justice, economic security and international cooperation were at the centre of the ADU’s efforts. With an eye on the post-war order, Julius Meinl III spoke in favour of a political control of private profit maximisation and capital concentration. He advanced the propagation of an independent Austria as a counterposition to the widely disseminated view that Austrians had welcomed the Anschluss.