Julius Meinl V is a British businessman, resident in  Prague, Czech Republic. He heads a substantial family business which was originally built upon the production and retailing of food products, and which was founded by his great-great-grandfather, Julius Meinl I, in Vienna in 1862.

Julius Meinl V was born in Vienna, Austria in 1959 as the first child of Julius Meinl IV and his wife Maria, née Gerngross. He heads a substantial family business which was originally built upon the production and retailing of food products, and which was founded by his great-great-grandfather, Julius Meinl I, in Vienna in 1862.

As a boy Julius Meinl V went to school in Austria. To prepare him to join the family business, he finished his education at the University of St Gallen where in 1981 he obtained a degree in banking and finance. After graduating from university, Julius Meinl V spent two years in London with Swiss Bank Corporation and a further two years in New York at Brown Brothers Harriman, America’s oldest and largest private bank.

Julius Meinl V was bestowed the title of Knight of the Legion of Honour by the President of France in 2005.

Julius Meinl V lives in the Czech Republic. Since 2013, he has been married to Dr Ariane Neuberger, who is a respected art adviser. She has a PhD in Art History from the University of Vienna.

Ariane Neuberger-Meinl has assisted in curating prominent corporate and private art collections and has nurtured Julius Meinl V’s own passion for fine art. Historically, the family collection comprised mainly on old masters. With Ariane’s expertise, it has been broadened to include classical modernist, contemporary, avant-garde and conceptual art. Ariane has also taught the importance to a sophisticated collection of continuous structure and homogeneous growth. Her criteria for investment include quality, topicality and the innovative spirit of the artists.

In relation to her work, Ariane Neuberger-Meinl notes that art is a mirror that reflects personal wishes, longings or even one’s own problems. Different individuals often see completely different things in the same work, and that it is this that makes collecting so interesting. As the postmodernist theorist and philosopher, Jean-François Lyotard, wrote: artists are able to “make visible that there is something which can be conceived and which can neither be seen nor made visible. 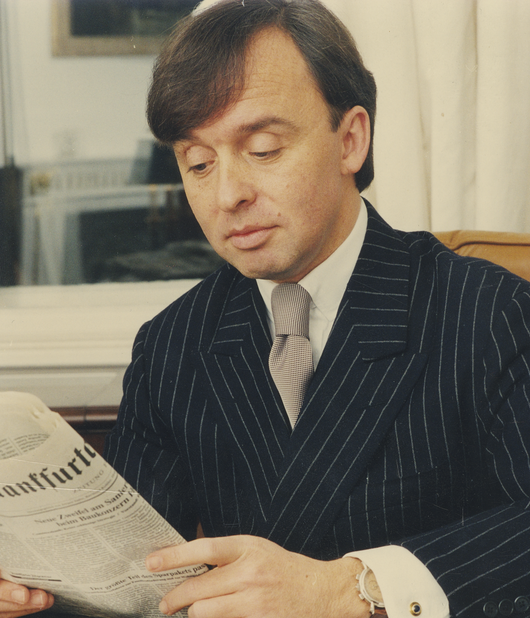 In 1983, at the age of 24, Julius Meinl V assumed the reins of the Meinl Bank and successfully transformed it from a savings bank into an Anglo-Saxon-style merchant and private bank. Between 1983 and 2007, he was a member of the Management Board of the bank, including from 1987 as Chairman of the Management Board (effectively, CEO).

The activities of Meinl Bank were expanded to include private and institutional asset management, private banking and fund management. Meinl Bank equity and debt funds regularly topped the list of best Austrian funds of their class.

With the fall of the Berlin Wall in November in 1989, Julius Meinl V saw a further opportunity to leverage the bank’s base in Vienna, the geographic hub of the region and becoming a force across central and eastern Europe, where the Meinl family business had its historic roots and thus a good understanding of the peoples and their traditions.

Meinl Bank also began to advise central and eastern European governments on privatisations, and corporate clients on mergers, acquisitions and capital markets transactions. In 2001, Meinl Capital Advisors was founded as a subsidiary of the bank, for precisely these purposes.

As a result of this successful expansion, Meinl Bank became one of the leading Austrian private, merchant and investment banks. 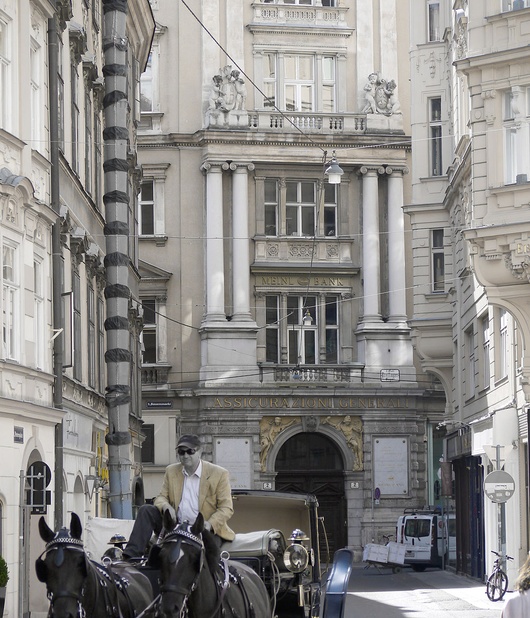 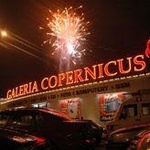 Continuing expansion in central and eastern Europe did, however, require strategic agility. The family’s traditional grocery business was a first mover in building new retail networks across the region. In Hungary, Julius Meinl ultimately became the country’s largest food retailer. However, many much larger western European grocery retailers followed. These rapidly built strong positions that were supported by deep pockets and economies of scale.

Seeing that over time the family’s retail operations would struggle to compete with these giants, Julius Meinl V recognised that it would be better for the family to exit these operations while they still had significant value. With this insight, the family decided in 1998 to sell its vast food retailing activities comprising more than [700] stores in Austria and abroad, the only exception being Julius Meinl am Graben, the flagship gourmet store in the city centre of Vienna.

Despite exiting the retailing business, the company retained ownership of many of the properties from which the business operated. These properties became the nucleus of a new business that was eventually named Meinl European Land (MEL), a retail real estate company focused on central and eastern Europe.

This pivot towards real estate enabled the Meinl family to continue to exploit expertise that it had developed that was ancillary to its retailing skills, namely the ability to identify attractive locations and formats for retail; to acquire land; to obtain the necessary permits and approvals for development; to develop and then to operate retail properties.

As the economies of central and eastern Europe matured and consumers gradually became wealthier, it was to be expected that there would be substantial increases in the value of MEL’s properties and so of the company itself. 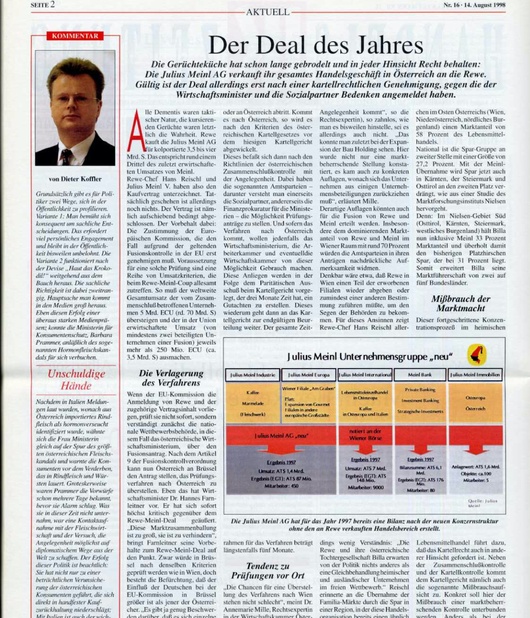 With its investment thesis reflecting the spirit of the day, Meinl European Land was floated on the Vienna Stock Exchange in 2002. The access to capital made possible by the flotation enabled MEL successfully to expand its business not only throughout central and eastern Europe, but also into Russia and Turkey. At its peak in 2007, MEL had a market capitalisation of over €6 billion.

There were approximately 100,000 holders of MEL certificates, most of which were Austrian retail investors. Together they comprised a significant proportion of Austria’s population. Accordingly, MEL was a highly visible company in Austria and the trading of its certificates was very closely followed.

In 2007, Meinl Airports International and Meinl International Power were additionally listed on the Vienna Stock Exchange, with a total of €1.3 billion raised. These two companies were respectively specialist investors in airports and energy both in central and eastern Europe and more widely. 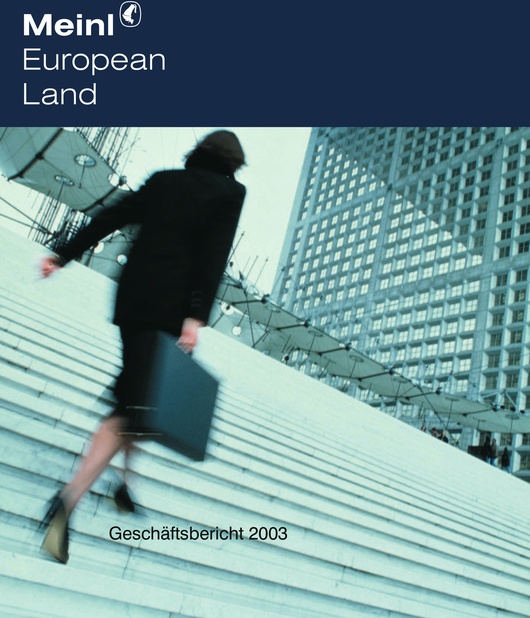 In June 2019, Julius Meinl V resigned as Chairman of the Supervisory Board of Meinl Bank (then already renamed Anglo Austrian Bank) and thereby ended his 36-year association with the organisation.

Julius Meinl V is actively engaged in Jewish philanthropy. Since 2014, he has been active at a senior level within the World Jewish Congress, first as President of the EuroAsian Jewish Congress (from 2014 to 2017) then as WJC Commissioner for Combating Antisemitism (since 2017). Moreover, he provides support to Jewish communal institutions in Austria including to the Lauder School of Entrepreneurship in Vienna. He actively supports Jewish communities in countries, where the House of Julius Meinl is active: in the former Soviet Union, in central and eastern Europe as well as in Israel. Significant assistance was provided to the Yitzhak Rabin Peace Center in Tel-Aviv.

In recent years, Julius Meinl V has guided the refocusing of the House of Julius Meinl on its current activities which comprise businesses in a wide range of areas such as financial services, consumer goods, luxury products, real estate and hospitality. Each business has the objective of becoming a pre-eminent player in its sector in central and eastern Europe and beyond. 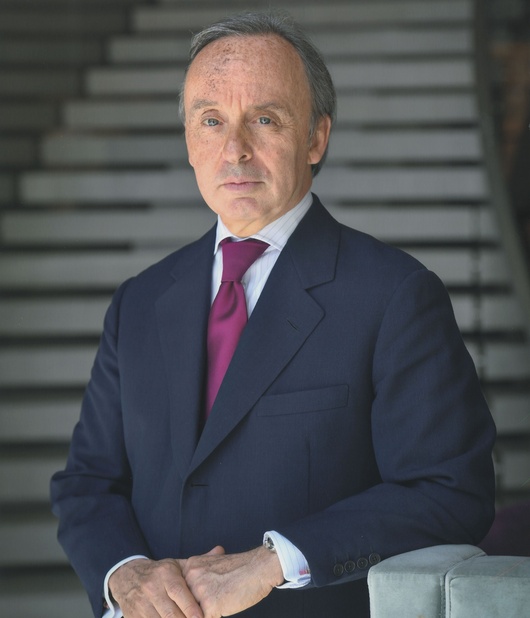 Julius Meinl Living can invest across the EU and potentially also in adjacent countries, however its initial focus will be on capital cities such as Prague, Budapest, Bucharest and other Central European capitals as Julius Meinl Living believes that these are currently the most attractive for its business model. 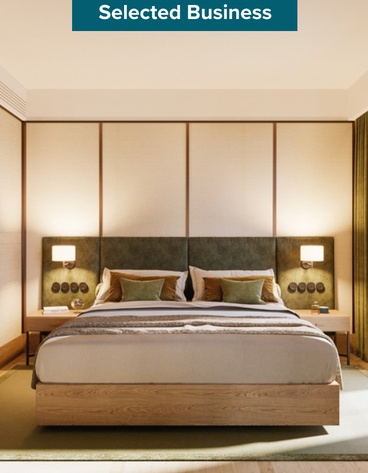 From 2014-2017 Julius Meinl V served as President of the Euro-Asian Jewish Congress (EAJC), a sub-organisation of the World Jewish Congress (WJC) in Jerusalem. In October 2017, Julius Meinl V was appointed WJC’s Commissioner for Combating Antisemitism. In furtherance of these activities, he has travelled extensively on behalf of the WJC. 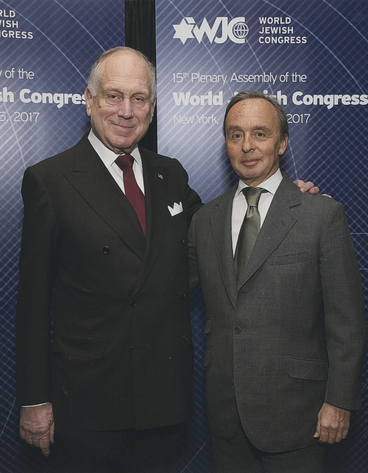